When I was young, and just learning to appreciate the worlds where fiction could transport me, I found myself enchanted by the novels of Daphne Du Maurier. I read them all, many times over. Rebecca, of course, was my favorite, and I can’t count the number of times I watched the film version with Joan Fontaine and the mysterious Lawrence Olivier. As I grew to be a more experienced reader, and less of a romantic, I moved beyond the Mary Stewarts and Victoria Holts who followed in Du Maurier’s footsteps. But I still found myself entranced by that Gothic strain. Believe it or not, my doctoral dissertation begins with Ann Radcliffe, the very first female Gothic novelist of the late eighteenth- and early nineteenth-centuries; it includes Charlotte Bronte, too. So maybe Daphne Du Maurier started my whole career as a reader and admirer of literary achievement?

I don’t know if I believe that, but I do know that I haven’t read a Gothic novel in years. Now, however, I’ve discovered Susanna Kearsley, and I’ve also discovered that I can fall in love with a Gothic romance as much as I ever did. A few months ago I read 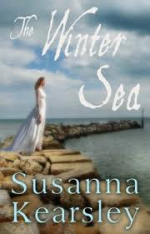 The Winter Sea, and decided not to confess my Gothic affinities and weaknesses to the readers of ‘Bookin’ with Sunny.’ Now I’ve just finished The Rose Garden, like its predecessor a cross between Rebecca and The Time Traveler’s Wife, and I can’t resist sharing my enthusiasm.

Set along the coast of Cornwall, both of Kearsley’s novels take modern-day heroines from sojourns into this landscape and plunge them into the late seventeenth and early eighteenth centuries when James Stuart was plotting to recover the British throne. Intrigue and mystery envelop them both. Eva Ward, of The Rose Garden, soon finds herself more at home in the past than the present, especially when a handsome and taciturn widower steps onto the scene. In true Maxim de Winter fashion, Daniel Butler captures Eva’s imagination and then her heart. Even when she’s back in the present, she cannot forget the attractions of the past.

Kearsley deftly moves her heroine back and forth between the ages. Even a reader who has trouble suspending her disbelief will admire the seamless transitions between then and now. Rest assured, before long any reader will be hoping that Eva and Daniel can stay connected, somewhere, and that the nightmare of Jacobean treachery will be laid to rest. A Gothic enthusiast can guess the outcome, but I promise that no one will guess the subplots of The Rose Garden. Kearsley is highly original, taking the familiar patterns of Gothic fiction and braiding them into a thoroughly original story line.

If you still remember Jane Eyre with affection, and continue to watch Rebecca on late night television, you will genuinely appreciate the skills of Susanna Kearsley. And these two novels, The Winter Sea and The Rose Garden, are only two of many. I haven’t read any of the others yet, but I promise that I will.          – Ann Ronald 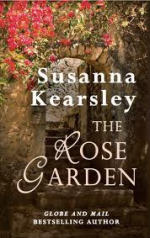 Ann Ronald is a retired English professor from the University of Nevada, Reno. Author of dozens of reviews, she’s also written a number of books about the American West. They include literary studies such as The New West of Edward Abby and Reader of the Purple Sage, cultural studies such as GhostWest and Oh, Give Me a Home, and nature writing such as Earthtones: A Nevada Album. Her latest is a work of fiction, Friendly Fallout 1953. Since retiring, she’s been reading vociferously, so “Bookin’ With Sunny” is giving her a wonderful opportunity to share thoughts about her favorite new discoveries.
More from this reviewer
PrevThe Invisible Bridge
Rituals Rhapsody in Blood Vol. OneNext