The Bookish Life of Nina Hill 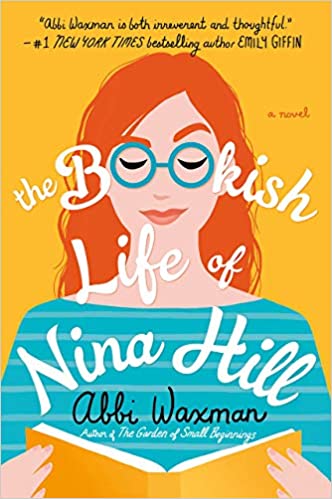 Can the Bookish Life be enough for Nina Hill?

Happy New Year, dear readers, and what better way to start the new year than to read Abbi Waxman’s “The Bookish Life of Nina Hill.” A life of books or a real life? Must it be one or the other? This novel can be read on many levels, and although some are laugh-out-loud funny, others are touchingly real. Abbi Waxman is a writer with a sharp wit that can cut both ways.

Nina Hill is twenty-nine years old, single, a college graduate, a resident of Southern California, and a valued employee at a bookstore on the edge of collapse. The landlord is at the end of his patience with the bookstore owner’s inability to come up with the rent. Nina is also the daughter of a Pulitzer Prize-winning photographer who not only never married Nina’s father but claimed she was not sure who he was. A one-night stand was the only fact offered. Nina’s mother’s profession took her around the world, and most of Nina’s parenting was in the loving care of a book-loving nanny.

It doesn’t sound like much of a life, does it? Here’s where books come in. Her nanny filled her life with books, and those books saved Nina from an otherwise isolating childhood and young adulthood. We are not surprised that as an adult, Nina is most comfortable with her own company, save for a small circle of friends, books, and a cat named Phil. Because of books, Nina is very good at Trivial Pursuit and is a key member of a wildly successful Trivia Team that competes at local bars. Nina, like many people her age, also enjoys her wine.

At about the time the reader has been given all of Nina’s strengths and foibles, and we’ve laughed at some riotous female humor (men take note), the bomb drops, and the pace picks up. A stranger enters the bookstore asking for Nina by name. He is an attorney who has been searching for her with news of her father’s death. The decedent not only has a name and has named Nina in his will, but he also has left Nina with siblings, aunts, nieces, and an assortment of ex-wives. Because Nina is included in her wealthy father’s will, her life is immediately turned upside down. Her personal comfort zones are in jeopardy and, at about the same time, an ambiguous suitor has captured Nina’s unwilling heart.

Will Nina be able to open her heart to a non-bookish suitor? Can the beloved bookstore be saved? Will her newly inherited family be welcomed into Nina’s tightly scheduled, well-regulated life? And will Nina be accepted into her birthfather’s family? What is her mother now willing to admit about Nina’s birth? Will working in the bookstore continue to play the most important role in her life? How will people compete with books? Oh, yes, and what did her father leave her in his will?

Now, why is this book so worth recommending? It is the writing. Abbi Waxman, a resident of Los Angeles, can easily be compared to Jane Austen. Nina’s behavior and that of her friends, neighbors, employer, and new family is a smorgasbord of spot-on human behavior that any reader, of any age, can recognize with laughter or winces. Waxman gives us the backstory of such behavior, which provides the novel with an unexpected and welcome depth. I loved the ending of the story. It is bookish, traditional, sensible, and entirely satisfying.  – Sunny Solomon

Also available by Abbi Waxman: I Was Told It Would Get Easier; Other People’s Houses; The Garden of Small Beginnings 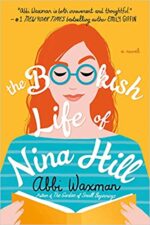 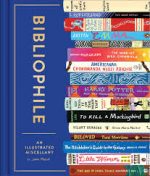 BIBLIOPHILE, AN ILLUSTRATED MISCELLANY I was just about finished with a book review for the ClaytonPioneer when I went through hip replacement and my daughter,

Sunny Solomon holds an MA in English/Creative Writing, San Francisco State University. She is a book reviewer for “The Clayton Pioneer” and her poetry and other writing has been published in literary journals, one chapbook, In the Company of Hope and the collection, Six Poets Sixty-six Poems. She was the happy manager of Bonanza Books, Clayton, CA and Clayton Books, Clayton, CA. She continues to moderate a thriving book club that survived the closure of the store from which it began. Sunny currently lives next to the Truckee in Reno, NV.
More from this reviewer
PrevUnsheltered
AlwaysNext