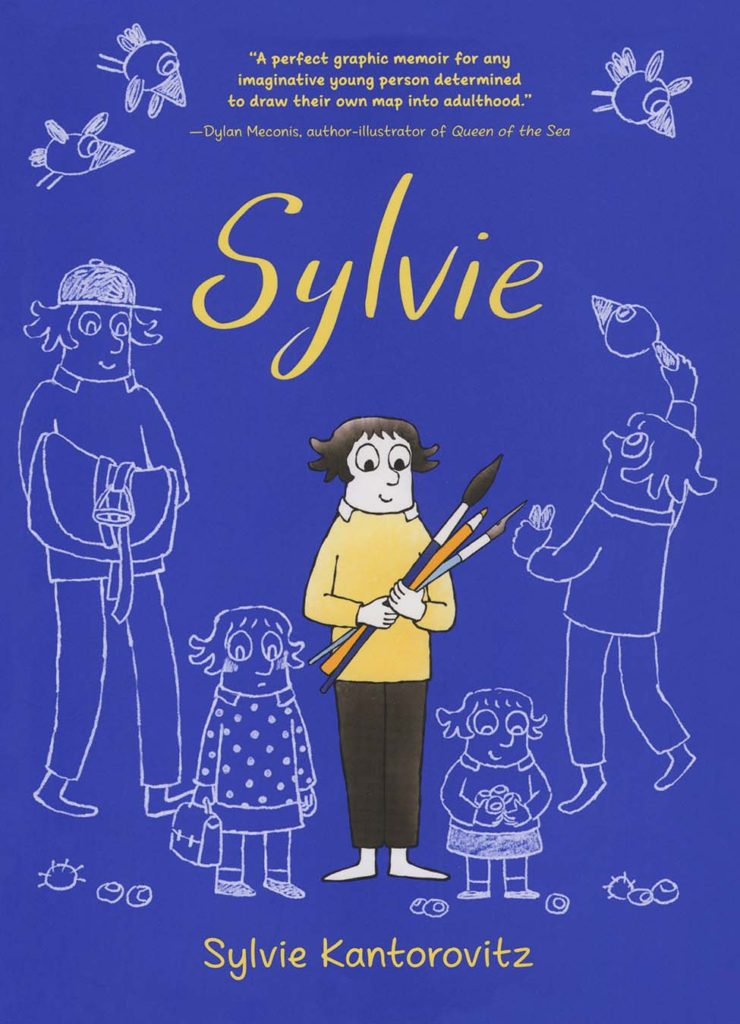 Sylvie – A graphic memoir and a story for the whole family.

I am always a bit wary of reviewing any book, fiction or nonfiction, marketed for readers from ages nine through twelve (middle readers).  My child parenting days are long gone, and when my kids were that age, graphic books (no longer called comic books) had not yet reached today’s level of popularity. Sylvie, a memoir written and illustrated by Sylvie Kantorovitz, is a memoir I heartily recommend for any age reader, especially parents.

No doubt there are still folks who believe that graphic books are not what young people should be reading. Way back when, my folks did not encourage comic book reading, especially when I was older and snuck in more than a few romance comics. But I digress. Sylvie has so much to offer any reader. Does your kid love to draw? What kid doesn’t wish at least one sibling had been born into another family? And do adults really think kids are not left wondering if the bickering and serious fighting between parents could lead to divorce?

We meet Sylvie at age five when her family moves from Morocco, where she was born, all the way to France, where her father will be the principal at “a small college where students earned an elementary-school teaching degree.” In fact, Sylvie’s family will live in the school itself, and how she feels about that is found in the chapter “My Home in a School.”

The first picture Sylvie draws for her book is a map that shows where Morocco is located in North Africa and where her new home is located in France. At this point, I feel compelled to suggest that anyone buying Sylvie for their child, grandchild, or niece or nephew ought to find out if the home where that child belongs has an atlas. If not, buy an atlas in addition to the book. Every home should have an atlas.

The memoir covers Sylvie’s life from age five until she graduates from high school and leaves home for college in Paris. We follow Sylvie as she experiences new siblings; recognizes her passion for drawing; understands that as a Muslim, she is different from her new classmates and that being different can be painful; questions her feelings about her mother and father and their feelings for each other; and comes to understand her feelings about boys and her first boyfriend.

The written text of Sylvie’s memoir often serves as an introduction to the graphic pictures within and outside a frame or dialog balloon. A lot of children love to draw, especially before the burden of is-it-good-enough enters the activity. It is a great way for kids to describe their lives before there are words for their feelings. Those pictures can tell an adult a lot about what a child is thinking. Lucky for us that Sylvie did not outgrow her love of drawing.

Kantorovitz’s drawings mature along with Sylvie and her family most interestingly. Her depictions of herself and the people in her life remain uncomplicated, although the world outside her family becomes more artistic as the years pass. The reader never has to look beyond the eyes of her characters; they “say” everything. The characters are drawn so that they never get in the way of the emotional issues Sylvie writes about – the emotional issues all children face (and some adults when remembering their own childhoods), no matter who they are or where they live. My copy of Sylvie is going to the grandkids in Portland just as soon as I’ve passed the two-week isolation of my second vaccine. And maybe I’ll toss in some drawing pencils and paper.  –  Sunny Solomon 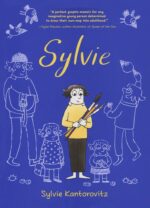 Sunny Solomon holds an MA in English/Creative Writing, San Francisco State University. She is a book reviewer for “The Clayton Pioneer” and her poetry and other writing has been published in literary journals, one chapbook, In the Company of Hope and the collection, Six Poets Sixty-six Poems. She was the happy manager of Bonanza Books, Clayton, CA and Clayton Books, Clayton, CA. She continues to moderate a thriving book club that survived the closure of the store from which it began. Sunny currently lives next to the Truckee in Reno, NV.
More from this reviewer
PrevA Marriage Out West
A Perfect ExplanationNext