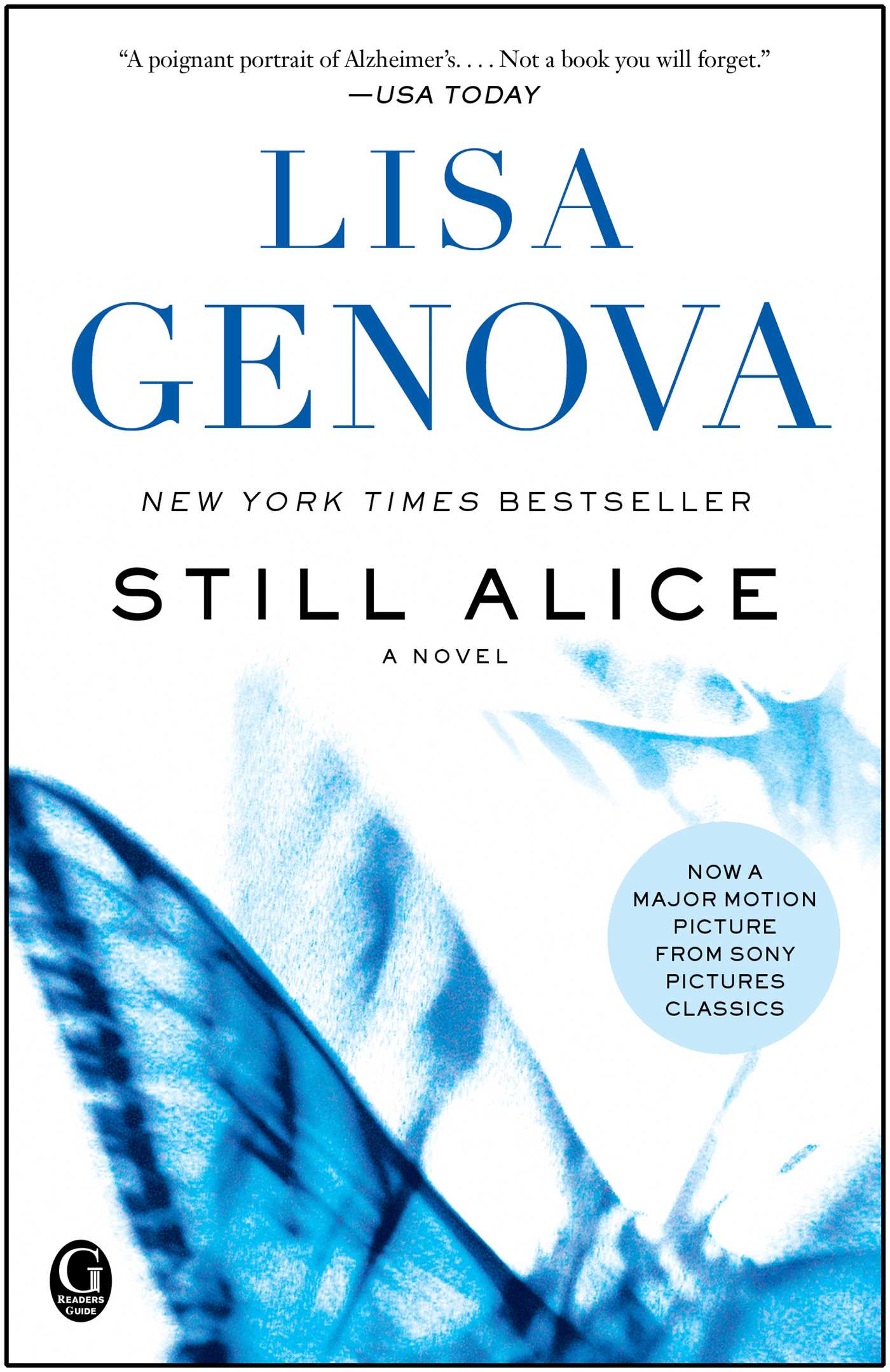 Lisa Genova, with a Ph.D. in neuroscience, writes novels about people with debilitating neurological diseases. Still Alice, first published in 2007, traces a fictional woman’s downward trajectory after a devastating diagnosis. Many of you may have seen the Hollywood version of Still Alice, where Oscar-winning Julianne Moore plays the part of Alice Howland, a Harvard psychology professor who is afflicted with early onset Alzheimer’s, but you really should read Genova’s novel, too. It is a stunning portrayal of this disease from the inside out, imagining how Alice might view a world apparently disintegrating around her.

Most books that deal with Alzheimer’s focus on the disease itself or on caregivers caught in downward spirals they cannot control. Still Alice differs in that Alice controls its point of view. The reader recognizes, along with Alice, that something is wrong. A linguistics specialist, she starts forgetting words and even losing her train of thought. At first, she imagines she is suffering from menopausal symptoms, or perhaps from overwork and uneven sleep patterns, but before long she realizes that something more serious is happening to her mind. Out for a run, on a route she regularly follows, she suddenly cannot find her way home. Her classroom presentations grow ever more disjointed, and her interactions with colleagues become awkward.

When the Alzheimer’s diagnosis is confirmed, Alice accepts her fate more readily than her husband does. John, a biologist specializing in cancer research, is convinced that some scientific cure can be found. Alice and her doctors know better, as do Alice and John’s three adult children who must each decide whether or not to be tested for the genetic mutation that Alice carries and may have passed on. Genova portrays the family interactions largely through dialogue, listening through Alice’s ears, interpreting how Alice reacts to her husband’s tears, her son’s medical knowledge, and her daughters’ diametrically opposed responses. The use of dialogue continues throughout the book allowing the reader access to her family’s thinking even after Alice no longer can sift through their sentences.

The most powerful scene in the novel, however, comes when Alice speaks directly to an audience of fellow sufferers and their caregivers—husbands, wives, doctors, nurses. In effect that speech is Alice’s swan song, her last cogent moment on the stage. Her voice brought tears to my eyes as she struggled to read the words she had so carefully written. A standing ovation erupts when she has finished, a tribute to Alice but also a tribute to how very successfully Genova has put the reader inside Alice’s mind and given the reader a window into how Alzheimer’s has affected Alice emotionally and psychologically as well as cognitively and physically. I have two very close friends suffering from dementia; I know I’ll talk with them differently from now on.

I read Still Alice because Lisa Genova was scheduled to give a talk at the University of Nevada’s Healthy Nevada Speaker Series and I wanted a foretaste of her thinking. Listening to her after reading just one of Genova’s many novels, I was not disappointed. Her newest book, Every Note Played, deals with ALS; I plan to read it soon. – Ann Ronald 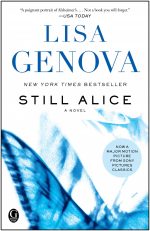 Ann Ronald is a retired English professor from the University of Nevada, Reno. Author of dozens of reviews, she’s also written a number of books about the American West. They include literary studies such as The New West of Edward Abby and Reader of the Purple Sage, cultural studies such as GhostWest and Oh, Give Me a Home, and nature writing such as Earthtones: A Nevada Album. Her latest is a work of fiction, Friendly Fallout 1953. Since retiring, she’s been reading vociferously, so “Bookin’ With Sunny” is giving her a wonderful opportunity to share thoughts about her favorite new discoveries.
More from this reviewer
PrevA Grandfather’s Lessons
Our Souls at NightNext