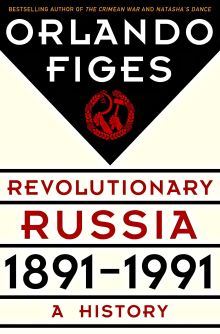 Don’t know much about (the) Ukraine? Do you think President Reagan was responsible for the fall of the Soviet Union? You can find the answers in Figes’s Revolutionary Russia. Actually, many of the issues on the front pages of our newspapers and blogs today derive in discernible ways from the past 120 years of central and eastern European history. Figes has written other books about Russian history, including one about the Crimea. While based on recent, specialist scholarship, he consciously and successfully wrote Revolutionary Russia for a popular audience. The book is wonderfully organized and lucidly written, clearly explaining many tangled events and themes.

Those general readers who have some knowledge of 20th century Russian history might be curious as to why Figes begins his narrative in 1891 rather than closer to 1917 when THE Russian Revolution began. I am not going to enter the scholarly lists by arguing whether or not his 1891 beginning is justified, but I will say that there is reason for this starting date and some aesthetic aim is achieved by making revolutionary Russia last one century, 1891-1991. By using 1891 rather than 1905 or 1914 or some other date, Figes advances our historical understanding of this complex Russian fabric.

Lenin: the upper class Russian revolutionary leader who saw his name added to Marxism by hyphenation (Marxism-Leninism) thus acknowledging his role in creating a revolutionary ideology that fit the peculiar circumstances of Russian history and development. Stalin: the once-upon-a-time theology student who ordered the first generation of Russia revolutionaries murdered (and millions more besides), maimed Russian agriculture in perpetuity, forced a peasant society to industrialize, and defeated Nazi Germany. Gorbachev: wanting to deStalinize the Soviet Union in part by returning to Leninist ideals, seeking to apply his optimism to a society that no longer believed in Soviet–style progress, and becoming accidentally the last Bolshevik.

When I read a book such as this one, I frequently turn to a section that I know best and see how I think the author handled it. In Revolutionary Russia, I began by reading sections on the purges, World War II, and its immediate aftermath. Figes knows his stuff and presents his knowledge convincingly. For example, a question of continuing interest is why were Soviet soldiers willing to participate in suicidal combat operations for so long. One fact cited by Figes bears testimony to this willingness: only 3% of Soviet males who were 18 in 1941 were still alive in 1945. While he accepts that terroristic methods ordered by Stalin were deliberately employed early in the war to keep Soviet soldiers fighting rather than retreating, he summarizes evidence suggesting long-term motivation was provided less by threats from above than by comradeship and the belief among common soldiers that the war was “our war.” It became “our war” in part because the barbarism of German behavior gave Soviet soldiers few alternatives but to fight, often with almost no training. Also, Figes argues convincingly that the Soviets’ planned economy won the war but lost the peace. The planned economy, continuing into the post war generation, solved neither the agrarian crisis nor the growing demand for basic consumer goods. Soviet joke: “What would happen if a Five Year Plan were applied to the Sahara Desert? Soon, the desert would run out of sand.”     – Neal Ferguson

Also available by Figes: Natasha’s Dance, A Cultural History of Russia; A People’s Tragedy: The Russian Revolution 1891-1924; The Crimean War: A History; The Whisperers: Private Life in Stalin’s Russia; Just Send Me Word: A True Story of Love and Survival in the Gulag; Peasant Russia Civil War; Interpreting the Russian Revolution: the Language and Symbols of 1917. 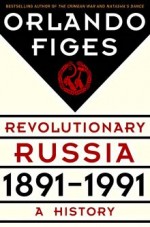 Neal Ferguson is a self described Anglo-phile. After studying for a PhD in British history and doing research for a year in various British archives, he came to the University of Nevada in 1970 to teach. Soon he found himself in administration where he remained until 2003. After returning to full-time teaching a decade ago, he decided to concentrate his teaching energies on Medieval British history and various global aspects of World War II. Dedicated to Ambrose Bierce’s proclamation that the purpose of war is to teach Americans geography, Neal insists that his students accompany him (in class) to sundry east European rivers and steppes, African deserts and jungles, south-east Asian mountain ranges and peninsulas, and small islands and coral reefs in the Pacific. Currently he is writing a book about the ups and downs of General Douglas MacArthur’s military reputation.
More from this reviewer
PrevEssentialism
The Moon Before MorningNext