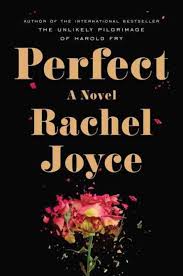 It is 1972 in a small English country town. The year is important because it is a leap year and “time was out of joint with the movement of the earth.” Two seconds have been added to the clock to correct this. Our protagonist, Byron Hemmings, a serious eleven-year-old boy, is very worried about how this could affect all sorts of things, big things. So concerned about the potential problems he writes letters to his Member of Parliament, the British Broadcasting Company, NASA and the Guinness Book of World Records. He receives two replies, neither of which acknowledge the two seconds.

Byron’s school day starts quite normally. While driving to school, he believes he sees the two seconds being added on his wristwatch. He attempts to show it to his mother, but in this moment of distraction, something happens that will change their lives forever.

Realizing he cannot handle the situation alone, Byron asks his best friend James to help fix things. “Unlike James, Byron was a substantial boy. They made an odd pairing. James was slight and pale, his fringe sliding into his eyes, nibbling his mouth as he thought something through, while Byron sat tall and stolid beside him waiting for James to finish.” Byron is truly in awe of his friend James’s knowledge and experience, but things only seem to get more and more complicated.

Parallel to Byron’s story is another narrative set in the future, the early 2000s. The second narrative is of Jim, a lonely man in his late fifties, who lives in a camper van, cleans tables in a supermarket cafe and has a history of mental illness. Jim struggles to cope with life by maintaining a series of rituals, obsessive compulsive behaviors that keep him a social outcast, although the people he works with try to help him when situations get beyond his control. “He performs the ritual twenty-one times. That’s the number of times it must be done. He steps into the van. He greets his things. He steps out of the van. In, hello, out. In, hello, out. Locking and unlocking the door every time.”

Joyce’s characters are deeply drawn and realistically portrayed. From her descriptions, it is easy to picture the two boys: Byron, awkward, and James, more than a little geeky and intense. Byron’s mother, Diana, does her best to be the picture-perfect mother and wife, but she is emotionally fragile, in a loveless marriage, trapped in the country with two small children. Seymour, the absentee and controlling father, expects things to be his way (perfect) or not at all. Of all the characters, I found the author’s portrayal of Jim the most fascinating and insightful. Joyce’s knowledge of mental illness, its treatments and its caregivers, creates a sympathetic character in Jim, perhaps even invoking in the reader, protective feelings for him.

The two tales run in alternating chapters, encouraging the reader to speculate as to how the stories will converge. Of course they do, and it is with a twist that the author brings Perfect to a very satisfying conclusion.

Perfect is a story of friendship, love and absolution and is Joyce’s second novel. Her first book, The Unlikely Pilgrimage of Harold Fry, was an international best seller. – Vivienne French 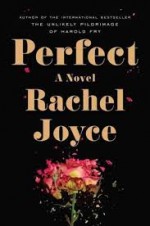 Vivienne French was born in New Zealand and grew up a voracious reader, much to the thanks of her “Mum” and fourth grade teacher, Mr. Sanders. Her short stories and articles have been published in women's magazines, specialty magazines and her hometown newspaper. She has been a resident of Reno, Nevada for twenty-nine years and has worked professionally for a number of nonprofit service organizations. She currently teaches grants writing at Truckee Meadows Community College and serves on the board of the Friends of Washoe County Library. She looks forward to getting back her favorite pastime, reading for the love of reading.
More from this reviewer
PrevThe Art Thief
Night FilmNext