Home » Reviews » East of the Sun

East of the Sun 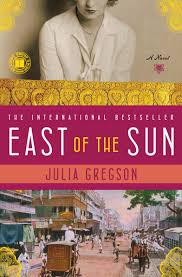 East of the Sun

Julia Gregson’s novel, East of the Sun, invites her readers to join the “fishing fleet.” I happily did so, and thus escaped into an exotic early twentieth-century milieu. The “fishing fleet” is a pejorative term describing those marriageable British women who sailed to India in search of husbands. East of the Sun features Rose, Tor, and Viva, who left London in 1928 to seek adventures and eligible men. Technically, only Tor is a fishing fleet girl, but the whole trio gets involved in romance on the high seas and then in distant Bombay, Punjab, and Simla. Julia Gregson has written a fun novel, with a healthy dose of history, alluring local color, and three charmers who find India almost too hot to handle.

Rose goes to India to marry Jack, a cavalry officer she has met only five times. A quick courtship on British soil led to a hasty engagement. Now she is committed to wed someone she barely knows. Tor, a “big-boned” gal who so far has been unlucky at love, will be Rose’s bridesmaid. She is the one who most obviously is fishing. Viva, only a few years older, is Rose and Tor’s ostensible chaperone. Lying about her age and her knowledge of travel, she is desperate to return to the country of her birth. Buried there are her parents and her sister, a family she rarely mentions and never particularizes.

Aboard ship, a variety of men enter the scene. One is a creepy teenager whom Viva has also been hired to chaperone, or at least to keep him out of trouble. Another is Frank, the ship’s doctor, a man deemed sexy by Tor and a delightful companion by everyone else. Everyone but Viva, that is, for she finds his charm overbearing, his chivalry almost too good to be true. There are many other men who enter their shipboard lives, too, but Guy and Frank are the two who reappear throughout the novel.

Once the three women reach India, their paths diverge but their friendship remains. Each of the three pursues a different course. Rose marries Jack and learns the loneliness of an existence without real companionship. Due to the unrest between facets of Indians and their British overseers, Jack is on non-stop military duty, while Rose is left to cope on her own. Tor’s life in India is the opposite—a whirlwind of social engagements and a series of men, one after another. Meanwhile, Viva, who is dead broke, needs to find a job.

All three come to appreciate and love India, but they do so in radically different ways. The pleasure of reading East of the Sun comes from seeing how each of the three—military wife, gadfly, and orphan–works out her destiny. Female friendship plays an important role in this novel, too, as the three women increasingly trust one another and learn to rely on one another for support. I thoroughly enjoyed their journeys toward happiness, though of course, I wished I occasionally could shake some sense into them. I also learned a bit of Indian history, but as the author points out in an informative afternote, the essence of East of the Sun is the women’s innocence about the Indian unrest. Theirs was a world of surface as they struggled to make substance of their lives. Very enjoyable surface and substance, I might add.   –  Ann Ronald 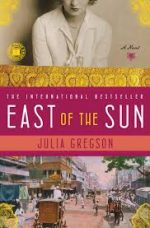 Ann Ronald is a retired English professor from the University of Nevada, Reno. Author of dozens of reviews, she’s also written a number of books about the American West. They include literary studies such as The New West of Edward Abby and Reader of the Purple Sage, cultural studies such as GhostWest and Oh, Give Me a Home, and nature writing such as Earthtones: A Nevada Album. Her latest is a work of fiction, Friendly Fallout 1953. Since retiring, she’s been reading vociferously, so “Bookin’ With Sunny” is giving her a wonderful opportunity to share thoughts about her favorite new discoveries.
More from this reviewer
PrevCharlotte and the Quiet Place
Du Iz Tak?Next