Home » Reviews » The Daughters of Mars

The Daughters of Mars 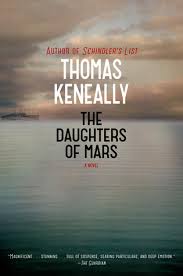 The Daughters of Mars

Recognizing the significance of the hundredth anniversary of World War I, many novelists are turning their imaginations toward the so-called “great war.” Those writers often dwell on the horrors of that conflagration—the mud, the disease, the gas attacks, the indescribable living conditions in the trenches—but they also emphasize the incredible humanity of the participants, especially the men and women caught in a maelstrom beyond their control. Such is the focus of Thomas Keneally, author of The Daughters of Mars, who has written a stunning story of Australian nurses shipped first to tend the wounded and dying at Gallipoli and then sent on to France, where the battle conditions were equally unhealthy and grotesque.

Keneally is best known for his 1982 book, Schindler’s Ark, published in America as Schindler’s List. In my opinion, The Daughters of Mars is equally forceful in its depiction of wartime circumstances, wartime agonies, and wartime bravery. The novel features two Australian sisters, both nurses, who volunteer to serve overseas without fully realizing what war might entail. I personally knew very little about the Australian experiences during the First World War, so I was intrigued by the initial chapters when the young women and their fellow nurses land in a luscious Egyptian landscape, explore its relatively pristine beauties, then instantly find themselves on a medical ship taking aboard hundreds of painfully wounded and dying soldiers.

The Daughters of Mars spares nothing. Keneally’s details are excruciatingly graphic, depressingly realistic, but, I must say, beautifully written. He has a knack for saying a great deal in just a few words, such as this taciturn description of England’s latest wave of “appallingly young” recruits: “Britain was scraping boyhood’s barrel.” But Keneally’s writing is panoramic, too. Even though he focuses his story on the experiences of Naomi and Sally Durance, he includes the women’s close friendships, their casual acquaintances, the men they nurse and the men with whom they might fall in love. The result is an epic novel that investigates the breadth and the depth of the European front.

Both Naomi and Sally end up in France. By then they are working in different venues, Naomi as a matron overseeing medical volunteers and Sally as a casualty nurse located appallingly close to the action. Sometimes I muse about the difficulties involved in writing fiction that focuses on members the opposite gender—Keneally, a male, writing about a host of female nurses—but this particular author is convincing. Part of his success comes from his panoramic view of the battles’ aftermaths and their resulting murder and mayhem. Part of it also comes from the two Durance sisters themselves. Keneally has created two women who have trouble expressing their feelings for their family back in Australia, for each other, for the men who enter their lives. This means that Keneally doesn’t need to probe either their motivations or their reactions. He can show them from the outside, looking in, rather than from the inside, looking out, an approach that works extraordinarily well in such an apocalyptic novel.

The Daughters of Mars offers a long-range, sweeping view of war, of early twentieth-century medical issues, and most importantly, of the ways human beings must befriend each other and work together for a common good, even in the midst of chaos. It’s one of those novels that leaves you thinking about it long after you finish the final page. It’s also one of those novels you wish politicians would read before they send another generation off to war. – Ann Ronald

Also available by Thomas Keneally: The Chant of Jimmie Blacksmith; Shame and the Captives; The Playmaker; The Great Shame; Confederates; Searching for Schindler; Commonwealth Thieves; Gossip from the Forest; The Cheers for the Paraclete; Bring Larks and Heroes; Australians, Origins to Eureka; American Scoundrel: The Life of the Notorious Civil War General Dan Sickles; The Widow and Her Hero; Three Famines; A River Town; Australians, Flappers to Vietnam; Blood Red, Sister Rose; Bettany’s Book; Homebush Boy; The People’s Train; Victim of the Aurora; The Tyrant’s Novel; To Asmara; The Place at Whitton; Office of Innocence; Ned Kelly & the City of the Bees; An Angel in Australia; The Place Where Souls are Born; Season in Purgatory; Cut Rate Kingdom; Australians (Vol. 2); Jacko; Research Papers; By the Line; 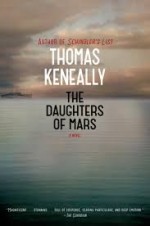 Ann Ronald is a retired English professor from the University of Nevada, Reno. Author of dozens of reviews, she’s also written a number of books about the American West. They include literary studies such as The New West of Edward Abby and Reader of the Purple Sage, cultural studies such as GhostWest and Oh, Give Me a Home, and nature writing such as Earthtones: A Nevada Album. Her latest is a work of fiction, Friendly Fallout 1953. Since retiring, she’s been reading vociferously, so “Bookin’ With Sunny” is giving her a wonderful opportunity to share thoughts about her favorite new discoveries.
More from this reviewer
PrevScience and Art Joining Forces
Steinem revisited: My Life on the RoadNext