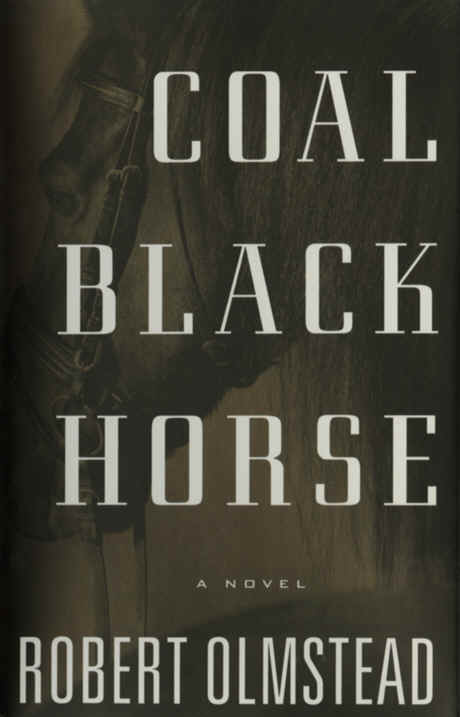 Robert Olmstead has given us a little literary gem in Coal Black Horse, the tale of fourteen year old Robey Childs, who has been sent by his mother to go to the battlefield to bring his father home.The tone and content of Olmstead’s story is almost mystical. Robey’s mother, left to run the farm while his father is gone to soldiering during the Civil War, has a premonition and tells her son, “Thomas Jackson has died. It is now over.” Thomas Jackson is better known to us as Stonewall Jackson, a pivotal leader of the Confederacy.

She further tells Robey, “’There’s no sense continuing.’ She paused and sought words to fashion her thoughts. ‘This was a mistake a long time before we knew it, but a mistake nonetheless. Go and find your father and bring him back to his home.’” The battlefield Robey must reach is Gettysburg..

Rachel Childs sends her son out protected by her advice – he is not to trust anyone on his journey – and her gift – he is to wear, at the appropriate time, the jacket she has sewn with one side gray and the other blue. We know that Robey will move through his youth and into his manhood by the time the story is ended. He is both submissive and rebellious. He doesn’t question his mother’s command to bring his father home, but when, early on his journey, he realizes his own farm horse is not up to the task, he breaks with his mother by trusting the word of another and accepting the loan of two .44 Army Colts and one coal black horse.

How important is the horse? Important enough to bear the title of the book. “It was coal black, stood sixteen hands, and it was clear to see the animal suffered no lack of self-possession.” Robey’s response upon seeing the animal was immediate, “That is an uncommon horse.” The horse is a Hanovarian, with German roots and bred for the battlefield. Although Olmstead has not named the animal, what comes to mind with no effort is Bucephalus, the near mythic mount of a young Alexander the Great.

Atop the coal black, Robey rides with purpose and growing confidence. But when he loses the horse through trickery and a gunshot wound, his journey is filled with danger, death and deceit. When he and the horse are reunited the search for his father intensifies. “Then he urged the horse on and it hesitated before responding as if to acknowledge that its rider had learned some valuable lesson and should now be rewarded for such.” How did they know where to go? “In some places, the horse was at a loss how to proceed through the wild and dreary land but figured its path on the move and pursued it with abandon.”

And pursue it they do. Before the father is found, what they see, what we see, are some of the most horrific and terrifying battle scenes ever described. We see nothing heroic. This is the aftermath of Gettysburg. The horse carries Robey past the dead and bloated, the dying and suffering, the once human and beasts of burden. This is the world that Robey must conquer and become a part of before he can reach his father.

This is a thin volume, not 220 pages and rich with even more to tell than I’ve written. A young girl, abused and traveling into her own treacherous adulthood, is part of Robey’s journey. She and Robey cannot disconnect, and we know their lives are as good as yoked, no matter how long it takes.

Robey finds his father alive, but just barely. The coal black horse carries them all home – the girl, the son and the father who is now both buried and alive in his son’s heart

It seems to me that the strength of a good story is not only its ability to grab your interest, but also its ability to touch your mind. This book does both. Its relevancy as our sons, daughters, fathers, mothers, brothers and sisters, do battle in the middle of a civil war very far from Gettysburg, should give us pause for more than thought. Where are the coal black horses when we need them? 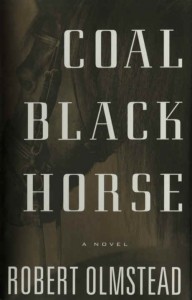 Sunny Solomon holds an MA in English/Creative Writing, San Francisco State University. She is a book reviewer for “The Clayton Pioneer” and her poetry and other writing has been published in literary journals, one chapbook, In the Company of Hope and the collection, Six Poets Sixty-six Poems. She was the happy manager of Bonanza Books, Clayton, CA and Clayton Books, Clayton, CA. She continues to moderate a thriving book club that survived the closure of the store from which it began. Sunny currently lives next to the Truckee in Reno, NV.
More from this reviewer
PrevA Story For Bear
A Night of Tamales & RosesNext