Home » This 'N That » Black History Month, Or Not 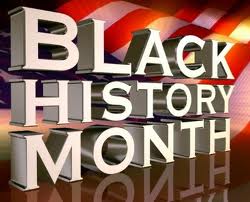 Black History Month, Or Not

It is February fellow-Americans, and we know, as readers, students, television programmers and booksellers, what that means: It’s Black History Month! What I’ve never understood is why only February? Isn’t Black History American history?

Way back in 1926, this event began as Negro History Week. That’s right, it was only one week a year. The intention of its innovators, Carter G. Woodson and the Association for the Study of Negro Life and History was for the annual event to eventually become unnecessary as the history of African Americans became part-and-parcel of American U. S. History. We Americans are either very slow learners or our U.S. History textbooks are being written by people with one eye closed and one hand tied behind their backs. By 1976, that original week of enlightenment was enlarged to one month of annual enlightenment.

Would it be too radical to suggest we study African-American history, not alongside the rest of our history, but inside our history? Since that may never happen, I’d like to think maybe it’s time to start a Black History Year. It would be too much to think or hope that textbook authors might write American U.S. history books to reflect the truth of the American experience as it occurred in the United States.

If such an idea took hold, here is my reading list of recommended books:

Some favorite fiction or Poetry by African American writers:

Admittedly, the above list of books is entirely subjective. Many titles may be out of print, but a lot of them helped fill in the gaps of my understanding of U.S. History. There are many biographies of importance not included, but maybe next year I will just list those.

I wish I could say that my interest in African American history developed from a deep intellectual thirst for the whole story, but that is not the case. When I was a kid, I was horse crazy, which meant I also loved cowboys. But it was not until 1976, (when I was a whole lot older, but not necessarily wiser) that I watched the TV movie The Autobiography of Miss Jane Pittman (from the novel by Ernest J. Gaines) and discovered that cowboys came in the color black as well as white. I felt cheated, robbed. Then I felt pissed and wondered how many other things had I not been told about African Americans? And so I began my own education.

Black history is American U. S. History and to acknowledge it as something to be brought out and dusted off once a year is just ridiculous.                   – Sunny Solomon