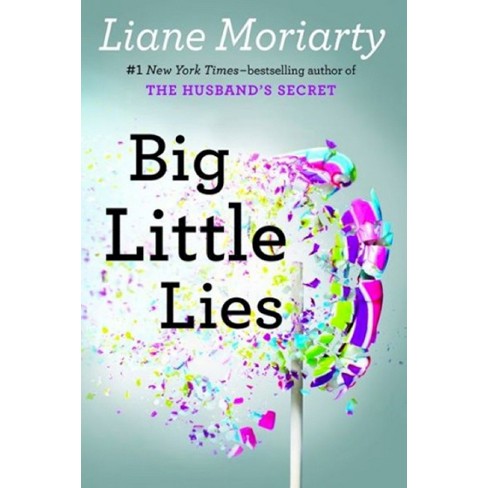 Big Little Lies – Once again Australian novelist Liane Moriarty delves into secrets and the untruths that perpetuate them, turning little lies into big ones.

Australian novelist Liane Moriarty writes insightful fiction about women’s lives, their friendships, their marriages, and their improvisations (that’s a euphemism for lies). Big Little Lies is the second Moriarty novel I’ve read this year. When I reviewed best-selling The Husband’s Secret for “Bookin’ with Sunny,” I praised the way the storyline revealed how secrets can infest and infect marriages and friendships. This time, Moriarty again is focused on secrets, not just secrets alone, however, but the untruths that perpetuate them, the little lies that turn into big ones.

Specifically, she is concerned with two particular sorts of lies, both significant. One kind is the lie of the perfect marriage, one that is a façade for spousal abuse and that psychologically poisons children, too. The other kind is the playground lie, the fibs kids tell, and what happens when parents grasp those untruths and try to make lies into reality. While the former may be more dramatic, the latter is also destructive, just more subtly so.

Moriarty creates an unusual structure to tell the stories of Big Little Lies. The novel opens in chaos, when an elderly woman who lives next door to a school hears what sounds like a nighttime riot. The parents have gathered for a fundraising costume party, and something has gone terribly wrong. People are shouting, screaming, running into each other; sirens sound in the distance. A death, perhaps a murder has occurred. Immediately, without explanation, the novel retreats six months in time, when the five-year-olds came to the school for their kindergarten orientation. Then, chapter by chapter, Big Little Lies inches toward that night of pandemonium on the schoolyard grounds. What really occurred isn’t revealed for more than four hundred pages.

The second structural innovation adds a Greek chorus of parental voices to those pages and chapters. While the novel centers on three women—Madeline, Celeste, and Jane—the antiphonal voices belong to everyone else involved in the school’s activities. Those voices are the women gossiping, the men overhearing, the detective-sergeant trying to find honest answers about the night in question. Many chapters actually end with a series of voice-overs that underscore the euphemisms, the misunderstandings, misinterpretations, the lies.

Reviewing The Husband’s Secret, I said “I liked the book a lot.” About Big Little Lies, I can honestly say I loved it! Moriarty has a real knack for listening in on women’s conversations and for getting inside the heads of her female characters. Their interactions, and especially their catty asides, are what I call pitch-perfect. She also balances the trivial pursuits of hovering playground parents with the weightier problems of domestic violence. In fact, after the biggest lies are exposed, the novel ends on a serious note. Madeline, Celeste, and Jane have been irrevocably changed by their lies, as have many of the other men and women in their community.

And now I’ll confess—I was fooled by the lies. Just as the parents of Pirriwee public school children were seduced by the lies, I believed some of the untruths, too. Imagine my surprise when I finally learned the secrets of the night when all Hell broke loose, and imagine my satisfaction when all those secrets came together in a perfect storm.   – Ann Ronald 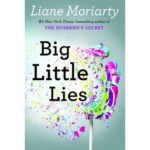 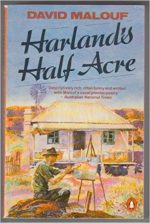 David Malouf’s novel, Harland’s Half Acre, features an Australian artist with surrealistic talent. Writing about Frank Harland, Malouf himself depicts his art and his settings 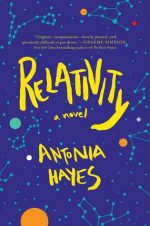 Relativity A major reason why I so enjoy my involvement with “Bookin’ with Sunny” centers on the books themselves. Not only do I get to

Ann Ronald is a retired English professor from the University of Nevada, Reno. Author of dozens of reviews, she’s also written a number of books about the American West. They include literary studies such as The New West of Edward Abby and Reader of the Purple Sage, cultural studies such as GhostWest and Oh, Give Me a Home, and nature writing such as Earthtones: A Nevada Album. Her latest is a work of fiction, Friendly Fallout 1953. Since retiring, she’s been reading vociferously, so “Bookin’ With Sunny” is giving her a wonderful opportunity to share thoughts about her favorite new discoveries.
More from this reviewer
PrevSevered
Jack 1939Next