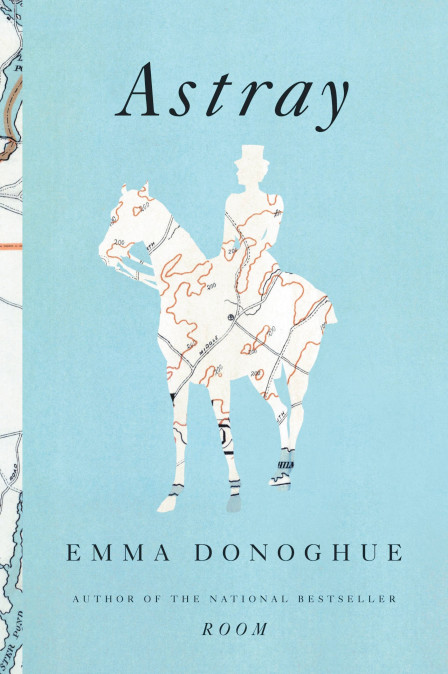 Emma Donoghue has concocted a collection of short stories that consider a single innovative theme. Astray features a diverse set of characters who have done just that, gone astray, in one way or another. Some have strayed from one locale to another; others have strayed socially, a few have strayed from their core beliefs. The Table of Contents sets up Astray’s organizing principle. The first four stories belong in a category called “Departures;” the next five, “In Transit;” and the final five, “Arrivals and Aftermaths.” The stories themselves are wildly disparate, taking place around the globe and often in centuries gone by. But they are united by their theme—men and women on the move, unfortunately so.

Another element that unites Donoghue’s stories is the fact that she has developed each one from a grain of truth. At the end of each story, with further elaboration at Astray’s end, Donoghue reveals the source of her inspiration. Sometimes it’s only a line-item in a newspaper, sometimes a piece of correspondence, sometimes an artistic life well-lived that Donoghue uses to extrapolate a single experience. A pair of Canadian sculptors, two women who shared their lives for decades, Donoghue imagines shuttered in a nursing home, enfeebled and no longer able to communicate. Or she creates the diary of a Puritan settler who tattles on witches to his community, condemning the women he accuses while ruining his own life as well.

Astray begins with Jumbo the elephant, sold to P. T. Barnum as a circus attraction and about to be shipped to North America. Jumbo’s distraught keeper leads them both astray. Another ocean crossing in another Astray story features Jane, sailing with her two children from Belfast to Quebec to meet her husband. William journeyed to Canada the year before, hoping to find work. Instead, cholera found him, and Jane’s arrival will coincide with his death, a poignant straying unlike most of the other stories in Donoghue’s collection. In fact, many of the strayings come from sexual impulses. One of my favorites delves into the feelings of a young New Yorker, is “Daddy’s Girl.” After the death of her beloved father, Imelda Hall learns he was always a woman disguised as a man. Who is led astray? The father or the daughter? Donoghue leaves the answer to the reader to decide.

This is true of all the Astray stories. Donoghue writes in a straightforward style, making no judgments whatsoever. She doesn’t waste words, and she doesn’t embroider the facts. Rather, she crafts a pithy anecdote, expanding a moment or two in time into a lived fictional experience. Since it only takes her a few pages to isolate a heartfelt situation, her stories are short. And, as I mentioned earlier, it is up to the reader to interiorize authorial intent. For two reasons, then, a reader will enjoy Donoghue’s fine collection. Her stories are keenly fashioned; her thematic continuity is a deep connective tissue that threads through every page. Astray, in sum, is a successful artistic package designed by a very talented Irish-Canadian author.  – Ann Ronald 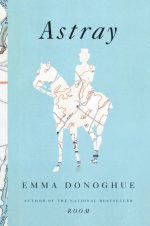 Ann Ronald is a retired English professor from the University of Nevada, Reno. Author of dozens of reviews, she’s also written a number of books about the American West. They include literary studies such as The New West of Edward Abby and Reader of the Purple Sage, cultural studies such as GhostWest and Oh, Give Me a Home, and nature writing such as Earthtones: A Nevada Album. Her latest is a work of fiction, Friendly Fallout 1953. Since retiring, she’s been reading vociferously, so “Bookin’ With Sunny” is giving her a wonderful opportunity to share thoughts about her favorite new discoveries.
More from this reviewer
PrevThe Lucky Ones
The Library Book Books are not for burningNext