Home » Reviews » All The Ways We Said Goodbye

All The Ways We Said Goodbye 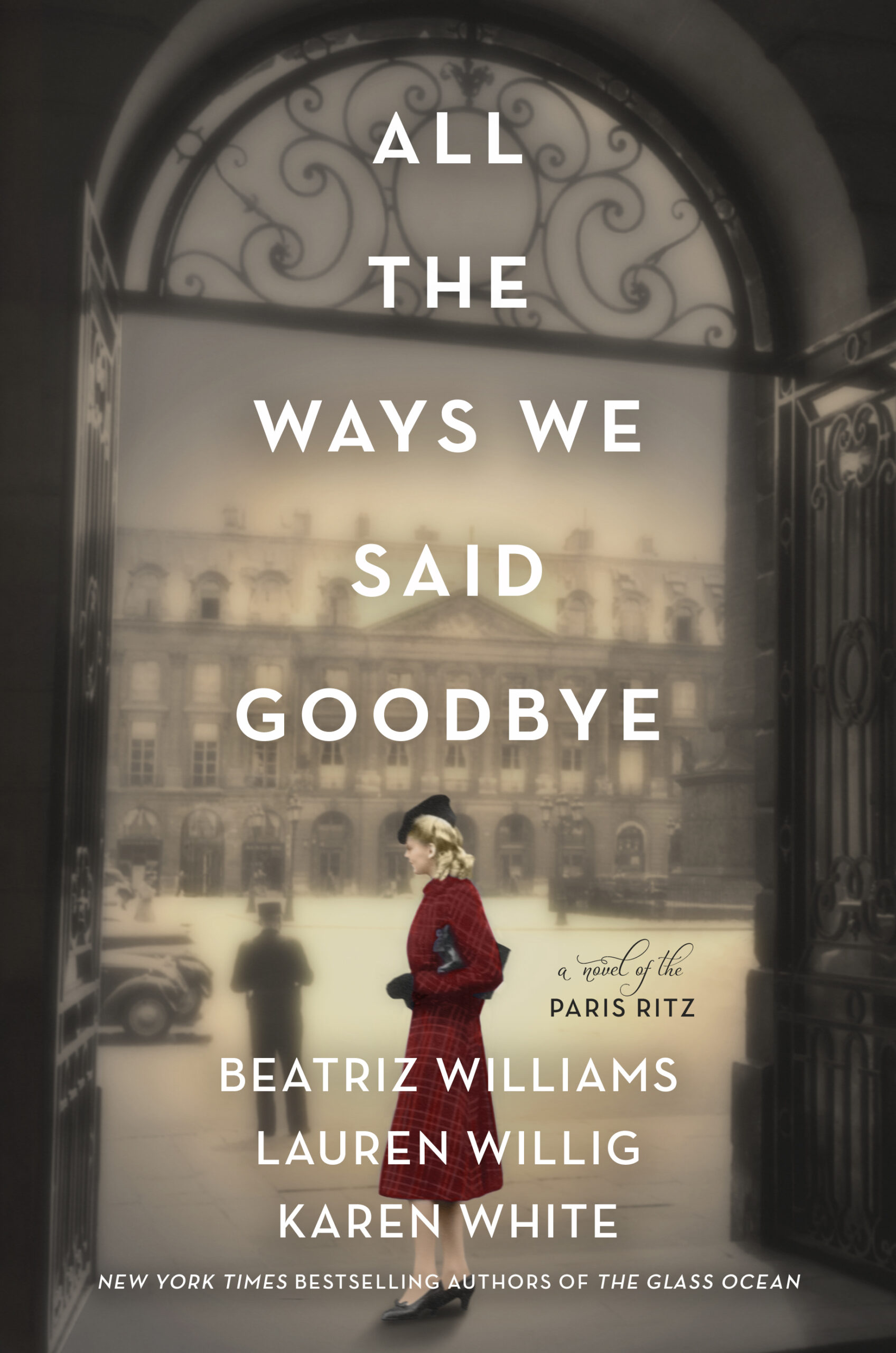 All The Ways We Said Goodbye – Team W (Williams, Willig, and White) have done it again! One historical romance written by three talented writers.

Beatriz Williams, Lauren Willig, and Karen White now have collectively written three novels. When I reviewed the first, The Forgotten Room, for “Bookin’ with Sunny,” I noted how eagerly I looked forward to reading the other two. Now I can promise Sunny’s followers that All The Ways We Said Goodbye is even better than its predecessors!

There are similarities, to be sure. Once again, the three authors have crafted the stories of three generations. I used the word “seamlessly” when reviewing The Forgotten Room, and that adverb applies equally to the plotting of All The Ways We Said Goodbye. Its characters and stories parallel each other, echo each other, weave together, resonate. This time, the focal point is the Ritz Paris, a luxurious hotel that has attracted wealthy occupants for more than a century. Built in 1898, it has always embodied status and glamour, even when the political circumstances were dire.

Two of the three women featured in Team W’s novel (I didn’t make that up, that’s what they really call themselves) belong to the Ritz in wartime. Aurelie de Courcelles and her mother live in the Suite Royale, a focal point that attracts Parisian authors and artists as the German occupation becomes a reality in 1914. A generation later, Daisy grew up in the Hotel Ritz, too, though by 1942 she lives with her husband and children in a Paris once again occupied by German subjugators. Daisy’s husband collaborates with the enemy, but she definitely does not. Some of her most secretive escapades involve the grand hotel. The third Team W protagonist comes to the Ritz Paris in 1964. Bab’s English husband, recently deceased, fought behind the lines in occupied Paris. Shell-shocked, he often muttered about his wartime experiences. Babs wants to uncover the secrets he took to his grave, lodging at the Ritz while she does so.

All The Ways We Said Goodbye moves back and forth from one woman’s story to another, layering the present and the past. Aurelie and Daisy’s narratives are told in the third person, distancing them into the history of their times, while Bab narrates her own story, which lends an immediacy to the present and to her surprising discoveries about what happened in Paris decades earlier. There are love interests, too, which reverberate almost simultaneously in the novel. Finally, there is a talisman that ties these three women together. “The legend had it that the prayers of a daughter of Courcelles, in possession—physical possession—of the talisman would protect those she loved and spare them from harm . . . France cannot fall while the Demoiselle de Courcelles holds the talisman.” Its fate directs the lives of almost everyone involved in All The Ways We Said Goodbye.

I always enjoy smart historical fiction. Team W has researched French history carefully and thoroughly. Although they imaginatively created the featured men and women, the rest of the novel, the details of occupation and of the resistance that ensued, are accurate and impeccable. Especially relevant were the similarities and the differences between the two World Wars. Two significant characters play roles during both conflicts, and Team W carefully delineates how their roles changed from one war-torn milieu to the next. I can’t say more without giving away too much information, but there is much to think about when considering how war changes and stays the same.

That’s what Williams, Willis, and White do best—craft a historical romance that is smarter than most and that makes their readers think about the past, how the past resounds and rebounds. I highly recommend All The Ways We Said Goodbye. Team W writes historical fiction at its finest.  –  Ann Ronald

Also available by Williams, Willig, and White (together): The Forgotten Room; The Glass Ocean; The Lost Summers of Newport. 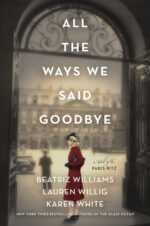 Ann Ronald is a retired English professor from the University of Nevada, Reno. Author of dozens of reviews, she’s also written a number of books about the American West. They include literary studies such as The New West of Edward Abby and Reader of the Purple Sage, cultural studies such as GhostWest and Oh, Give Me a Home, and nature writing such as Earthtones: A Nevada Album. Her latest is a work of fiction, Friendly Fallout 1953. Since retiring, she’s been reading vociferously, so “Bookin’ With Sunny” is giving her a wonderful opportunity to share thoughts about her favorite new discoveries.
More from this reviewer
PrevThe Last Train to London
Animal BodiesNext